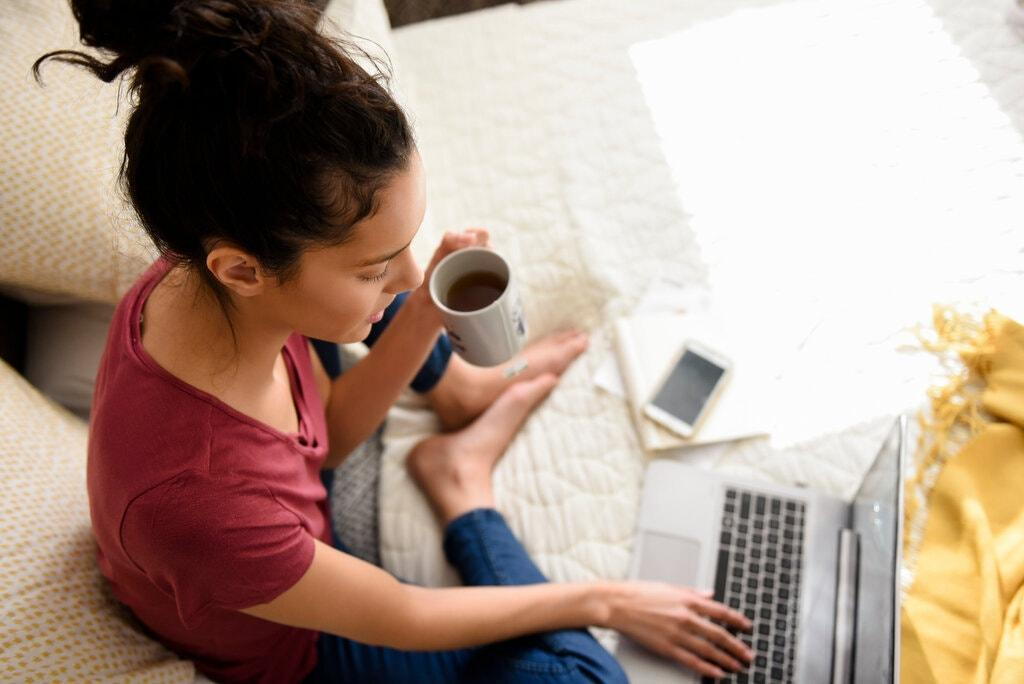 Chiropractors report a surge in problems as millions of workers have spent months clacking away on sofas and beds and awkward kitchen counters.

Elizabeth Cuthrell, a Manhattan-based film producer, used to work in an ergonomic office space: comfortable desk chair, monitor at eye level, external keyboard. Then came Covid-19. During stay-at-home she worked on a laptop from a wicker chair, or sometimes on a couch with “cushions like marshmallows.” A month later she felt pain in her neck, wrist and shoulders that sent her to a chiropractor.

“It’s hard to quantify, but this has been a really, really big issue for a lot of my patients,” said Karen Erickson, the chiropractor who treated Ms. Cuthrell. Chiropractors report a surge of injuries and discomfort stemming from the nationwide push to work from home, as millions of workers have spent months clacking away on sofas and beds and awkward kitchen counters. Out with ergonomics, in with hunching over laptops.

According to an April Facebook survey from the American Chiropractic Association, 92 percent of chiropractors (out of 213 respondents) said that patients report more neck pain, back pain or other musculoskeletal issues since the stay-at-home guidance began.

The typical pattern: In March, people thought they would work from home for just a couple of weeks, so it was no problem to work from the couch. Or perhaps their spouse or roommate, also working from home, claimed the one serviceable desk.

At first they felt only mild discomfort. Then, gradually, the pain sharpened. This is most commonly an “overuse injury” that stems from repetitive trauma, said Dr. Michael Fredericson, professor of orthopedic surgery at Stanford University, adding, “It’s kind of like when a tire blows out on you. It wasn’t necessarily one incident; the tread was wearing down over time.”

While some offices have reopened, for many people, what they thought would be a temporary work-from-home arrangement has become the norm. And with many schools and colleges opening remotely this fall, the problem is even more widespread.

Laptops are a big culprit. You’re forced to either look down to see the screen, or (if it’s elevated) raise your hands to type. Both options are bad. Chronic looking down, Dr. Erickson said, puts us in a “forward head position” that loads pressure on the discs and joints of the spine, as well as causing muscle imbalance in the neck.

Then there’s the chair. When we morph our kitchen stools or sofas into desk chairs they’re often the wrong height, preventing us from sitting in what Nikki Weiner, an ergonomics consultant, calls the neutral posture, or “ears over shoulders over hips”: hips slightly higher than the knees, arms relaxed at your side, neck relaxed and straight, forearms parallel to the ground, feet resting on the floor.

Many of us haven’t just changed where we work; we’ve also changed how we work. We no longer walk down the hall for a meeting, dart across the street for a coffee, or even walk to the subway for a commute. Instead we just sit.

“My workstation is in the bedroom. I get up from bed — and if I’m being honest, sometimes don’t even bother showering — and then literally move to the chair, and I sit there for most of the day,” said Ryan Taylor, a New York-based software engineer, who now has pain behind his shoulder.

“The body needs movement,” said Heidi Henson, an Oregon-based chiropractor, who, like the other chiropractors interviewed, said that pandemic-fueled inactivity has caused injuries and pain. “Even if you have perfect, perfect ergonomics, if you’re in the same position for too long, your body is not going to respond well.”

Increased screen-time on our phones — such as doom-scrolling Twitter — only inflames the inactivity. “Cellphones are a huge deal,” said Dr. Erickson, explaining that we tend to bend our necks to look down at our phones. She instead recommends holding your phone up to eye level, resting your elbow on your body for support. Scott Bautch, the president of the American Chiropractic Association’s Council on Occupational Health, says that as screen time has exploded, we’re more at risk of “Text Neck” and “Selfie Elbow.”

College students, teenagers and even younger kids are also at risk. “Teenagers are already prone to being on their screens a lot,” Dr. Henson said. “And then we’ve taken away everything that is good for them in terms of movement — sports are gone, gyms are gone.” She calls teens and college students an “overlooked population” from a health perspective.

Dr. Erickson agrees, adding that college students are “absolutely at risk,” particularly for neck tension, shoulder pain and headaches. Most middle school to college-age students, said Dr. Erickson, “are doing their work in bed, sitting rounded over” — like the “Peanuts” character Schroeder on the piano — “leaning over their laptop or phone for hours.” Thanks to increased screen time and inactivity, young children are also reporting more headaches and discomfort. “It’s not normal for an 8-year-old to have neck pain,” said Dr. Erickson, but now she’s seeing that in her practice.

There is some good news: The solutions can be simple and cheap. For laptop users, the one purchase that the experts resoundingly recommend is an external keyboard and mouse; you can get basic ones for about $20, and then place your laptop on a stack of books, raising the monitor to eye level. If your chair is too high for your feet to comfortably rest on the floor, use a footstool; if it’s too low, make it higher with pillows.

Two other important fixes are free: More breaks and more movement. Dr. Bautch suggests setting a timer for every 15 to 30 minutes to remind yourself to move, and recommends three different types of breaks: frequent “microbreaks” of just five seconds, in which you change your posture in the opposite direction of where it had been (so if you were looking down at the screen, for example, look up at the ceiling for five seconds); then periodic “macro breaks” of three to five minutes, such as deep breathing or stretching your shoulders; and finally “the big workout” of at least 30 minutes of exercise (ideally in one session), whether it’s riding a bike or the elliptical.

“It doesn’t always take that much,” said Dr. Fredericson, adding that because increased stress can boost the risk of injury, we should do what we can to relax. “It’s really the simple things. Get out. Take a walk.”

Ms. Cuthrell is a convert. She now has an alarm on her phone that pings every 30 minutes, reminding her to stand or walk. She tries to take an hourlong walk every day. She rests her laptop on a boxed game of Balderdash, bringing it to eye level. “It’s incredible, the shift,” she said. “I was in a lot — a lot — of pain. Now I’m not.”